It is no secret that the crime statistics report for South Africa in 2017 is on the minds of the millions of people that call it home. Crime affects us all in numerous ways, whether we are personally touched by it or not. It is not difficult to see the impact crime has had on South Africa, with our large walls, electric fences and abundant supply of estates and gated communities. The way we live our day to day lives is nothing short of abnormal, when compared to the open gardens and unlocked doors of the US, UK and other nations.

The recent crime statistics revealed that on average 61 households get robbed in South Africa each and every day. This is only around half of the estimated robberies that are reported, as only 57% of these events are recorded. With this evidence of the lack of trust in the police force, many South Africans turn to an ever growing industry within the nation: The private security industry.

Of all the nations in the world, South Africa has the largest security industry, which is not surprising, considering the daily challenges we are faced with. There are approximately 9000 registered companies employing around 400,000 private security guards. This outweighs the South African police force, and South African army combined!

While this may seem like a good means for creating employment, the guards do not always get the treatment they deserve. The shocking fact that security guards work an average of 20, 12 hour shifts per month, with the promise of only a measly R3000, creates a terrible working environment for an industry of workers which outweigh even the mining and agriculture sectors.

With this over abundance of availability, the competition for the community’s demands becomes saturated. Workers remain underpaid in an effort to cut costs and provide the cheapest service in order to compete. This poor payment greatly increases the chances for guards to be bribed and influenced by criminals who offer more to them for turning a blind eye, than they would receive in the average month. Even if this bribery did not affect them, the question of whether they would put their own lives on the line in the event of emergency for such low rewards, is highly unlikely.

Payment is not the only problem

Higher wages and increased salary does not solve the issue of training. Paying workers more cannot help make them better at their jobs, without the additional investment of expert training. The service of protection can never reach its full potential without properly trained individuals. Despite this, security companies often showcase their idea that simple presence of security is enough to deter threats. This is no match for the increased rates at which organised and sophisticated crimes take place. Guards caught unaware are no match for armed robbers.

These companies rely on individuals who are unarmed and untrained with techniques like patrols and radio responses. While this may sound effective, human beings struggle to remain alert and responsive for extensive periods of time, especially when it comes to night-time duties and after hours work. This time is usually when most of us are in our beds, fast asleep where we should be.

What can be done to ensure that your family is not affected by this problem? Instead betting on human mistakes and inadequacies, trust a solution which uses highly advanced smart technology. This solution provides offsite CCTV monitoring that can detect threats BEFORE the damage has been done. This 24/7 operation is a better option in that human-error is avoided entirely. Threats are flagged automatically and measures to ensure safety are taken immediately.

The criminals no longer have access to control over your surroundings, as the CCTV is controlled by an unknown source that cannot be manipulated or influenced, changing the psychological dynamic of the planned attack.

But what does this mean for the future of security guards? With the implementation of smart technology collaborations, fully trained responders can act alongside the correct equipment in situations of emergency. This means that responses to threats are more accurate, precise and efficient.

All of these benefits also include a set monthly price to insure that you know exactly what you are getting. Other security companies could also strap you down into long contracts that restrict your ability to adjust plans. Instead of paying fluctuating amounts and expenses that end up costing you more based on the services offered, choose to invest in a consistent, cheaper alternative.

Smart technology can change the future of residential and commercial security, but more importantly, mean the greater safety and protection of what matters most.

Have you contacted us for a quote yet? 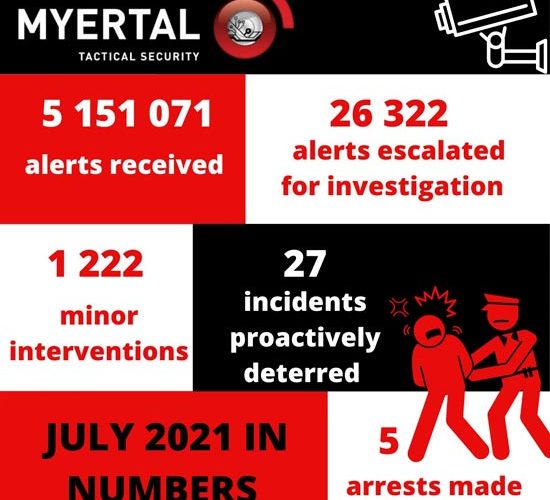 Protect Your Business During the Holiday Season